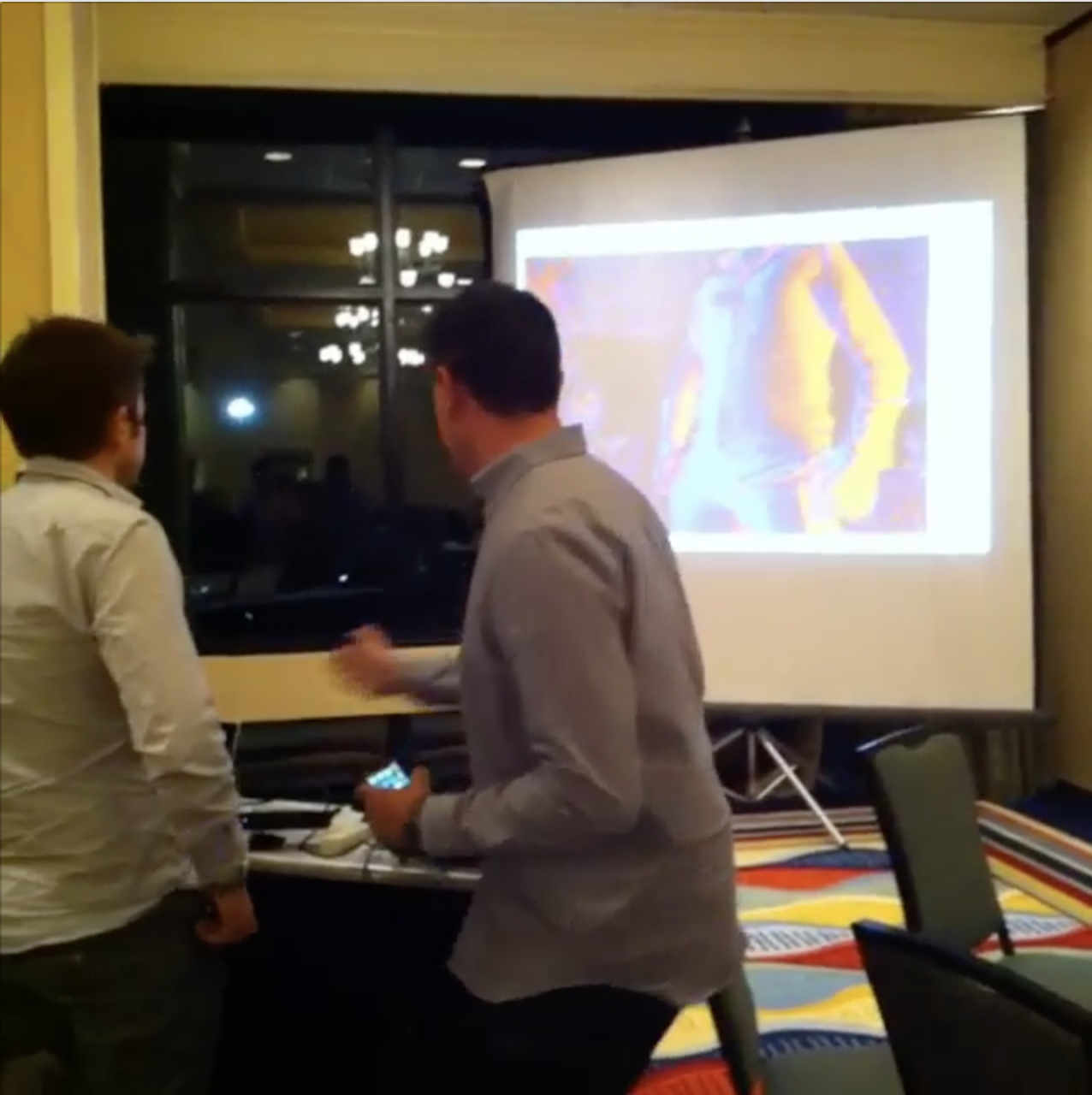 The most interesting interactions came from watching people turn. One side was redshifed the other blue, this is how we measure the rotation speeds of galaxies and the mirror became a illustrative example of this