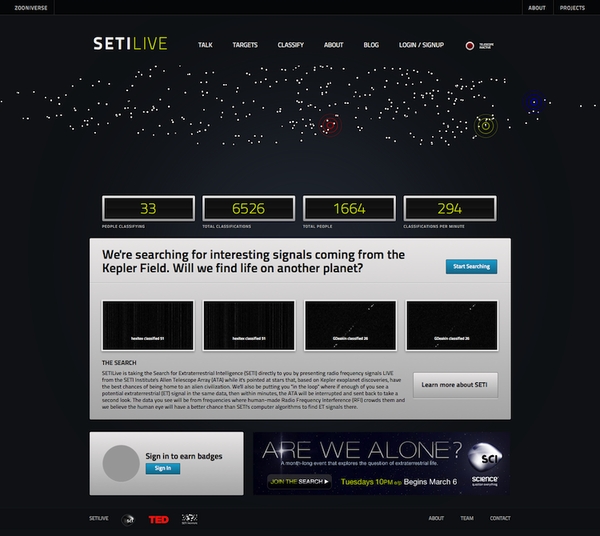 SETILive was a project funded by the TED prize to build a crowd sourcing platform to hunt for signals in data from the Allen Telescope that might be other than terrestrial in origin. This was done by showing them frequency time plots in three bands and asking them to identify bright coherent lines that appeared in each and that where diagonal in nature. 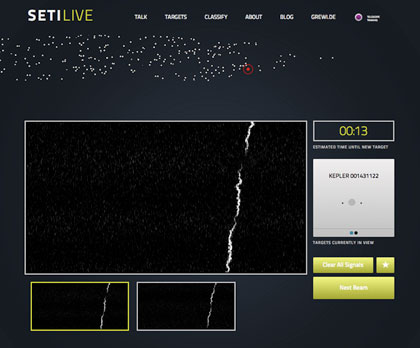 This system operated in real time as the telescope was observing. If enough users flagged a signal within a short amount of time, the telescope would be trigged to follow up on the source to see if it was still there.

During the operation of the project the Allen telescope was observing known exo-planets in the Kepler field.